As of May 30th smart cards will no longer be sold. Any cards purchased prior to this date will be valid until December 31st.

END_OF_DOCUMENT_TOKEN_TO_BE_REPLACED

re all too familiar with getting a bad rap. We’ve been mislabeled everything negative from cold and hard to fat and lazy to ruthless sports fans—okay, so maybe that last one isn’t so bad. However, one group of Philadelphians is a bit more misunderstood than the rest of us.

The PEOs of the PPA are cursed out, spit on and threatened on a daily basis. They have no choice but to take it. They know it comes with the job, but they also know what their job really means. There’s more to these ladies and gentlemen than a badge and a ticketing pad. Under the uniform are unique personalities, representing all walks of life from Philadelphia. They are Philadelphia’s first line of friendliness, willingly and humbly serving our city. It’s time we all get to know the real life of a PEO.

Carlton Jones stands at average height, very much in shape with salt and pepper hair and kind eyes. He has the passion of a Philadelphian and a people-person personality. He’s exactly the type of person you’d want representing our city.

Initially interested in a career in law enforcement, he knew from day one that he wanted to work for the city. Eventually, he came across a job at the PPA and never looked back.

“For me to last 26 years, I have to be really happy with the company,” explains Carlton, “I like walking, it keeps me in shape. I like being out in the public, so it’s perfect for me.”

When it comes to ticketing, Carlton is stationed all over the map. He’s served down on South Street before and loved it. Now, during the week he patrols along Spring Garden, a more quiet and peaceful area that makes his job easier. On Saturdays during overtime though, he usually works K&A, which provides a lot more excitement.

As a seasoned PEO, Carlton has seen the good and the bad throughout the city. One of his first experiences on duty, a man told him just what he’d do if he ever caught Carlton ticketing him again. The next time Carlton ticketed him, the man jumped through his car window and started choking him. Carlton tried to drive away but they ended up crashing.

Like the positive, warm-hearted person he is though, he laughs it off, exclaiming, “And that was when tickets were only $10!”

Carlton takes the negative experiences with a grain of salt because, he realizes the importance of parking management. “It would be lawless, like the wild west. There would be chaos without parking enforcement,” he says.

Chaos on Philly’s streets comes in all forms, and Carlton does his best to combat it. One of the first steps to combating parking problems is helping to make sure people understand. The biggest mistake he sees people make is feeding the wrong meter. When he sees this, he explains to the individual what they can do to avoid this situation next time. He acknowledges how complex Philadelphia’s signage and parking system is, and does his best to help people understand.

He’s found that a lot of people appreciate this. Just the other day a woman approached him to thank him, saying, “I really appreciate you guys … because, without the Parking Authority people would park their cars [wherever] and leave them there.”

Aside from combatting chaos where he finds it, Carlton steps up in other ways as a PEO. He works as an ambassador to Philadelphia, helping people get where they need to go. Giving directions can get tricky—even he can get lost in the city.

This leads him to believe that “… the best invention that they ever could’ve came out with was Google Maps.” Just like millions of others Philadelphians, he relies on technology to help him with his job.

Carlton has also acted as a security guard. People see the badge and ask him to stand with them while they use the ATM as a reassurance.

Outside of his job, Carlton loves hitting the gym right after his shift. He also enjoys spending time with his family in the Olney section of the city. On his days off, you’ll find him surfing the Internet for new things to read and learn. Carlton enjoys doing this because he is a firm believer that people should learn something new everyday. This kind of drive and dedication is what makes Carlton such a valuable asset to the PPA and to the City of Brotherly Love.

END_OF_DOCUMENT_TOKEN_TO_BE_REPLACED

All is Not Lost: How to Contact Our Lost and Found 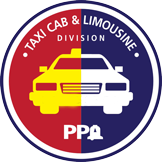 It’s just after 6:30 p.m. and it’s been a long day. The muggy Monday morning and dreary afternoon has given way to a full-blown torrential down pour. All you want is to get home, get dry and relax. You flag down the first cab you spot and climb in. Once you give the driver your address, you lean back to relax. Only now, all you can think about is what you still have to do before the day is done. After twenty minutes of stop-and-go rush hour traffic you’ve arrived. You hand the driver a $20 bill, grab your groceries and run into your building. Hours later it hits you. You left your wallet in the back seat of the cab. Everyone has those days.

If you find you’ve lost something in a cab and aren’t sure what to do next, start by checking with us!

You can reach us by:

1. Tweeting at us using @PhilaParking

Be sure to provide us with as much information as possible. The name of the cab company, the cab’s number (it will start with a P!), date, time, destination and details about your lost item(s) are all very important (even if you can only provide some of this information, you should still contact us). Once we receive your information we will pass it along to our Taxi and Limousine Division who are in charge of our taxi lost and found.

By taking advantage of our comprehensive lost and found, there’s a good chance your item can be returned to you. Please don’t assume all is lost until you’ve checked with us! We’ll be sure to do anything we can to help.

END_OF_DOCUMENT_TOKEN_TO_BE_REPLACED

On April 23, 2012 the Board of the Philadelphia Parking Authority, at its scheduled April meeting approved a measure implementing a fuel surcharge system for all Philadelphia Taxicabs and Airport Transfer Services, (a category of limousine service largely provided in vans).

The surcharge system allows for the fuel surcharge to change monthly based on fluctuating gas prices as described in the chart posted with the Board Resolution of April 23, 2012 (see link for chart on this page at December 19 Posting).

As required in the April 23, 2012 Resolution, the average price per gallon of regular, unleaded gasoline must be evaluated each month, the corresponding surcharge determined and then posted on the Taxicab and Limousine page of the Authority’s website on the third Friday of that month for the following month.

For Airport Transfer Services (as described above) – $2.35 per passenger.

END_OF_DOCUMENT_TOKEN_TO_BE_REPLACED

Sealed proposals for the provision of a parts and inventory management system will be received until 10:00 am. on, Tuesday, April 29,  2014 by the Philadelphia Parking Authority (the “Authority”), a body corporate and politic created under the laws of the Commonwealth of Pennsylvania in accordance with the Act of June 19, 2001, P.L. 287, No. 22, as amended, known as the “Parking Authority Law,” at the Parking Authority’s Main Office, located at Mellon Independence Center, 701 Market Street – Suite 5400, Philadelphia, PA 19106

SCOPE OF WORK
The intent of this solicitation is to procure a management system to track the materials and products in the Parking Authority’s Fleet Department. A reliable and effective system will meet the demands of the Authority as well as monitor the stored inventory, resulting in cost effective measures as well as accuracy.

Copies of Proposal Documents and Specifications may be downloaded from the Authority’s website at www.philapark.org,  starting Wednesday, March 19, 2014.

All vendors interested in submitting an offer must register with the Authority by providing their name, company name and complete contact information to sblanco@philapark.org and khenshaw@philapark.org. Please place the project title in the subject line of your email.