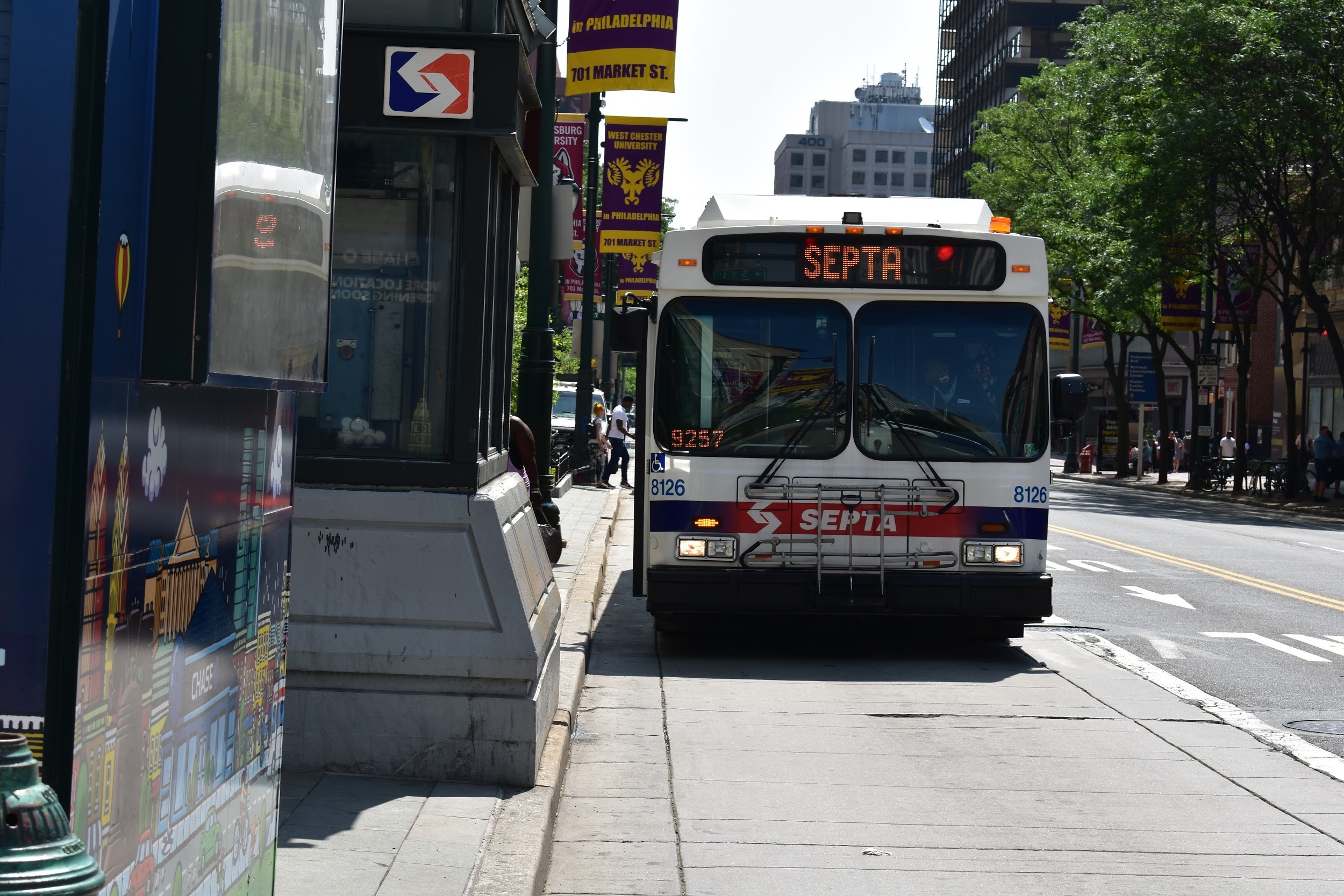 PHILADELPHIA — City officials today announced that another Center City bus lane enforcement initiative is planned for this Fall. Philadelphia and The Southeastern Pennsylvania Transportation Authority (SEPTA) police departments and supervisors, and the Philadelphia Parking Authority (PPA) will prioritize bus lane enforcement on Chestnut Street between 23rd and 6th Streets, Market Street between 20th and 6th, as well as JFK Boulevard between 15th and 19th Streets. The enhanced enforcement will begin Monday, September 26. “SEPTA’s success is Philadelphia’s success. Making buses faster and more reliable is a key goal for the Administration as more people return to center city for work or leisure, and we’re grateful to partner with SEPTA and the PPA on this enforcement initiative,” said Mayor Jim Kenney. “Enforcement of the existing bus lanes can significantly speed up travel for buses while also improving travel time for drivers that obey the existing regulations.”With the addition of JFK Boulevard, this effort will expand upon previous enforcements of the bus, bike, and right-turn only lanes on Market and Chestnut Streets. Enforcement officers will also continue to issue parking violations, with an enhanced effort and focus on moving violations, such as driving in the bus lane and illegal turns.“This enforcement effort will help SEPTA as it strives to provide our customers with efficient and reliable bus service,” said SEPTA CEO and General Manager Leslie S. Richards. “These are key to the success of our upcoming bus network redesign, Bus Revolution, which is an extraordinary opportunity to make transit more useful for more people.”“The PPA is a leader in on-street parking management to optimize traffic flow in our business districts. We need for everyone to understand the danger to public safety when bus lanes are blocked. Blocking bus lanes not only increases traffic congestion but also threatens the lives of pedestrians and bus passengers. During the enforcement blitz, the PPA will strictly enforce all ‘No Stopping’ and ‘No Standing’ violations” in bus lanes,” said PPA Chairperson Beth Grossman. Results from the enhanced enforcement initiative in the Fall of 2019 saw a 6.4 percent improvement in transit travel times during the midday period for the whole length of Chestnut Street, resulting in 2.5-minute reduction in travel time per bus on average on Chestnut Street (River to River). A 4 percent improvement on Market Street resulted in 0.5 minutes saved per bus on average (City Hall to 7th Street). These reductions can help limit bus bunching and keep vehicles on schedule as their trips continue throughout the city.The enhanced enforcement between September 2018 and January 2019 yielded 3,635 tickets (1,347 on Market Street and 2,288 on Chestnut Street), with 75 percent being issued by the Philadelphia Parking Authority. Tickets were also issued by Philadelphia Police, SEPTA Police, and SEPTA Supervisors.A later enhanced enforcement effort in the Summer of 2019 saw similar results with a 6.2 percent reduction in peak travel time in Chestnut Street between 11th and 21st Streets. As part of this effort, 699 tickets were issued by Philadelphia Police, SEPTA Police, and SEPTA Supervisors.This is a joint initiative of the City of Philadelphia, SEPTA and the PPA.