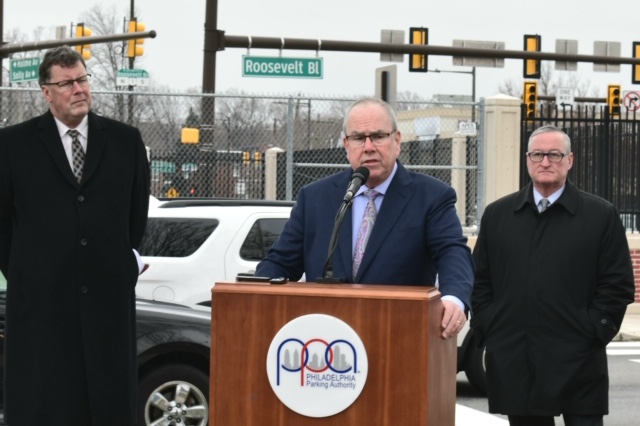 The decision to place speed cameras on Roosevelt Boulevard is the result of a number of high speed related accidents over the years – many involving serious injury and the tragic loss of life.

“We believe red light cameras save lives — and we believe the installation of speed enforcement cameras along Roosevelt Boulevard will save more lives,” Petri said.

A longtime advocate for both red light and speed enforcement cameras, former Philadelphia state Representative John Taylor said, “Our goal with automated enforcement technologies on the Boulevard has always been to save lives. The installation of speed cameras is another step aimed at reducing hazards and saving lives on this dangerous stretch of highway.”

Once the speed cameras are fully operational, there will be an initial 60-day warning period before fines are issued. Following the warning period, any vehicle observed traveling in excess of 11 miles per hour over the speed limit will be subject to a fine up to

$150 — depending on the speed at which the vehicle clocked, and will be mailed to the registered address of the vehicle.

No points will be added to an individual’s driving record. The fine is aimed at deterring driving at excessive speeds that could lead to fatal injuries.