HomeGuest PostThe International Association of Transportation Regulators Announces Zakaria Elbaroudi, from the City of Philadelphia, as 2018 International Driver of the Year

The International Association of Transportation Regulators Announces Zakaria Elbaroudi, from the City of Philadelphia, as 2018 International Driver of the Year 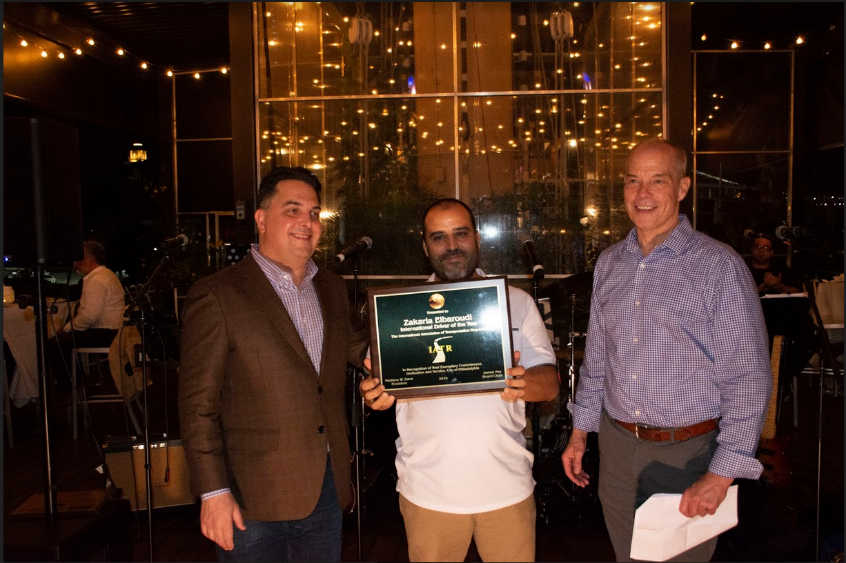 The IATR is pleased to announce that it has selected Zakaria Elbaroudi, certified Taxicab Driver in the City of Philadelphia, as 2018 International Driver of the Year. The IATR’s Driver of the Year Award is recognition by government transportation professionals to a driver who has provided excellent service to passengers, and has likewise performed in an extraordinary manner that exemplifies the highest level of the profession.

Zakaria has been a certified taxicab driver in Philadelphia since January 2007.  During his last 11 years as a  taxicab driver, Zakaria has exhibited hard work and dedication to his profession.  He has a clean regulatory record and not a single complaint has been filed against him. William Schmid, the Deputy Director of the Taxicab and Limousine Division of the Philadelphia Parking Authority, nominated Zakaria, not only for his impeccable record and impressive work ethic, but his drive to go above and beyond in his duty.

One story in particular shows his dedication to the profession, along with his strong moral and ethical compass. On several occasions, Zakaria was  called upon to service an elderly man who lives in South Philadelphia for transportation to the grocery store, doctor appointments and occasionally the bank.  On February 10, 2018, Zakaria received one such call and took the gentleman to the doctor and then to the bank. On the trip home the customer reported to the driver that he could not find $1,500 in cash that he had just withdrawn from the bank. Zakaria  returned to the bank with the man and searched the car, but could not find the money.

The following day, Zakaria and his partner decided to do a much more thorough search of their vehicle.  They unbolted the backseat from the floor where they found the missing cash. When Zakaria went to return the money to the elderly passenger he was informed that the passenger had passed away.  Zakaria immediately returned the money to the Taxicab and Limousine Division after which the money was able to be returned to the estate executor. “Zakaria Elbouradi showed his natural ability to do the right thing, setting a positive example for professional drivers everywhere,” said IATR President Matt Daus, “and we are pleased to acknowledge his conduct and career accomplishments by presenting him with the 2018 IATR Driver of the Year Award.”

The taxicab industry is struggling to gain and maintain public confidence, and the actions of Zakaria Elbaroudi deserve to be recognized. His honesty and dedication are an example to his fellow drivers and a credit to this industry.   “Zakaria exhibited care, compassion and a strong desire to do the right thing rather than attempt to profit from another’s misfortune.  These are stellar qualities everyone should emulate.”  Said IATR chairman, Jim Ney.

Zakaria works on a full-time daily basis by leasing a taxicab with another driver. He shares a lease on medallion taxicab P-0151 and like many other taxicab drivers, struggles to make ends meet. He currently resides in New Jersey with his wife and two children.

About The International Association of Transportation Regulators