HomeGuest PostGuest Post: The Advancement of the Electric Car 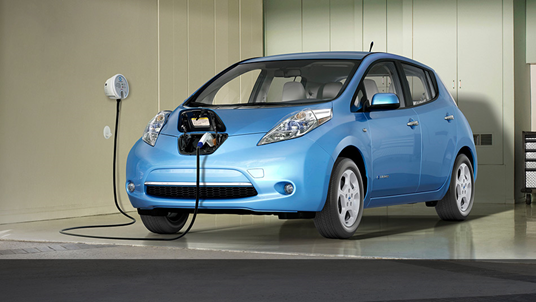 1800s, when the first electric motor was built by New York mathematician Joseph Henry, people have dreamed of using electric cars to get to and from the places they want to go. By the 1970s, the Department of Energy began to offer funding to build an efficient electric car. A viable electric car would not be produced until the mid-1990s, although a few came out as early as 1982 when a hybrid model was built at a research lab by GE that was controlled by a computer.

In 2008, Tesla introduced the Tesla Roadster that was capable of being driven 200 miles on a full charge. Since that time, electric cars have seen quite a few advancements – not only to the motor, but also to the battery life and the overall appearance. When you want to save on fuel charges, owning an electric car may be your ideal mode of transportation, especially with the rising cost of gasoline.

Battery Power
Batteries have more than doubled in the last decade alone. In the past, the electric car battery standard was whether push up to 60 miles per charge, or two to four hours of drive time. With the increase in demand for more power, companies such as Green Motor Sport have worked with rapid battery charges, and through a great deal of dedicated technological work, they have been able to build a battery that has the capability of reaching up to 300 Watt hours.

This is more than twice the average battery that is only able to reach between 80 and 160 Watt hours. This is still in development, and while the majority of electric cars have the ability to travel around 100 miles per charge, many still function at 70 to 80 miles per charge.

Companies such as Tesla, Chevrolet and Volkswagen are working to engineer new electric cars and already have several out that are able to travel 300 to 400 miles per charge. With the advancements in technology over the years, this is something that could potentially ensure that future electric cars will have a greater travel distance per charge than ever before. Many cars today have charging systems that allow for quick charges, and with a higher demand for fuel efficiency and eco-friendly modes of transport, you can find charging stations along many city streets as well as apartment complexes and other areas of cities nationwide.

Speed
Many people have argued that electric cars just do not have the same ability as gasoline-powered vehicles to reach speeds that are high enough to go from one place to another quickly. Older electric cars have had issues with reaching higher speeds and those that could reach them tend to have a lack of battery power to keep the car charged for long periods of time.

For instance, when Chevrolet introduced the Volt hybrid in 2010, the car took nearly 10 seconds to go from zero to 60. Today, the Volt takes just a few seconds and can travel up to 380 miles on a full charge and a tank of fuel. While the Volt hybrid runs with the assistance of gasoline, the electric motor is still a large feature. Other cars like the Tesla S P100D can reach zero to 60 in under 3 seconds and run solely with electric power as does the new Chevy Bolt which is set for release in 2017.

Needs
Gas prices have been on the rise for the last several years and this has left people in a bind to locate fuel efficient cars that are affordable. Many of the new electric cars have a rather high price that may not be within a range of affordability for many consumers. Thankfully, although we have quite a few electric cars that have high price tags, there are also several newer ones that have lower price ranges and can offer middle class families a viable option for going green with their vehicle. The 2017 Chevy Bolt is set to debut at only $30K while the Mitsubishi MiEV was introduced in 2016 for a starting price of just under $24K. Other electric cars ranging from the Chevrolet Spark to the Nissan Leaf and the Smart Fortwo are all under $30K and have excellent efficiency with battery power and travel mileage between 100 and 200 miles per charge.

Driving an electric car can not only be fun, especially if you are used to driving gasoline powered cars, but most also take up less space when parking and you can even get some great rebates and tax credits for going green when you own one. Depending on which area of the country you call home, some of the new electric cars may not yet be available for sale where you live.

Thankfully, you can always check out the vehicles that may interest you and if you decide on one that is sold on the other side of the country you can always hire a licensed and bonded car transport company to bring the car to your door. Going green with an electric car is a great way to really be able to keep harmful pollutants from the atmosphere while having plenty of fun while driving.

Jason Mueller is a hard working entrepreneur with businesses in USA and Costa Rica. He strives to create and maintain a self-sustainable life and looks forward to a world with greener options. His shipping company takes many green initiatives in an effort to reduce emissions, and some new electric trucks are in the new future.