From retail aisles to fast food parking lots, people are still finding interesting ways to park — and they’re not pretty. If our past versions of parking fails show us anything, it’s that despite going through driving school and getting a license, drivers still forget how to properly park.

Okay, maybe we’re being a bit harsh, but these gems are still worth breaking down. 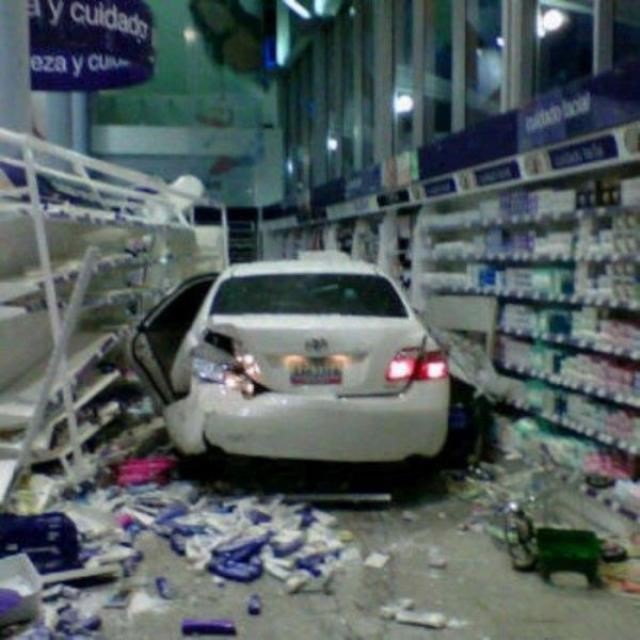 Clean up in aisle seven!

This guy took the term “drive through” literally. It doesn’t look like anyone got hurt, but if they did, at least they wound up in the first aid aisle.

As for the damage to the rear bumper: Car parts are probably a few aisles over.

Alright, so maybe this guy didn’t really mean to park there. Either way, let this be a reminder that gas is on the right and break is on left. 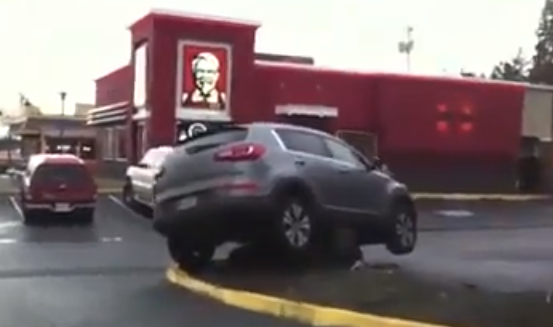 Okay, we know KFC is finger lickin good, but really?

KFC, if you’re reading, this is some good advertising material. Your food is so darn good your customers forget how to park.

Seriously though: Were these guys so fixated on getting their four piece chicken leg meal that common sense went out the window? Either way, this is probably the most expensive fast food outing they’ve ever had — if you include the tow fee.

Need another reason not to park in front of a fire hydrant? See Exhibit A to the left.

Not only could you get a ticket, you could lose two car windows in the process. Sure, the firefighters could have waited for a tow truck, but they ain’t got time for dat, especially with a blazing fire across the street.

Kudos to the firefighters for doing what they had to do, but you can’t help but wonder what the driver thought when returning to their car.

Did you spot a parking fail? Send it our way on Twitter or Facebook! Better yet: If you see an illegally parked car in an area that we patrol, call our communications line at 215-683-9775 and we’ll send someone to check it out.