Remember how we said this world would never be short of parking fails? Welp, unfortunately that statement is holding true month in and month out. If you haven’t already, check out our past editions of parking fails, then feast your eyes on this month’s gems. And yes — that is a tank with boot on it, in case you thought your eyes were deceiving you. 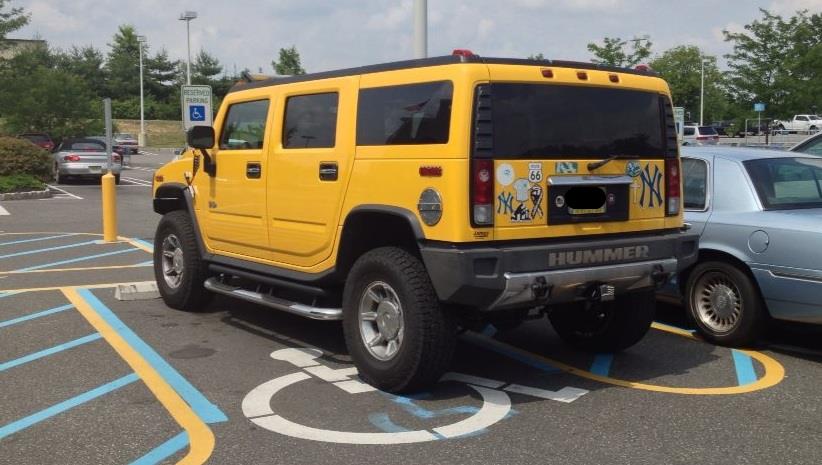 Parking Fail #1
Here’s the big question: What’s more obnoxious? The Hummer itself, or that it’s parked in a disabled-only parking spot? This picture could be deceiving though. Who knows? Maybe grandma decided to splurge.

Either way — there’s a lot of fails going on in this picture. The car, park job and most notably, the Yankees bumper stickers.

Any Parking Enforcement Officer (PEO) passing by would scratch their head and then call their supervisor.

Also — who parked first? If it was the Beemer, then two thumbs up on pulling off the parallel parking job. 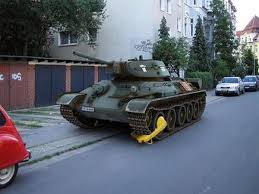 Parking Fail #3
“You mean to tell me that it’s unacceptable to park my tank in a residential neighborhood? Outrageous!”

We’re not sure where this picture was taken, but if this city is like Philly, the tank had at least three or more unpaid parking tickets. One thing’s for sure though: If a tow truck pulled up, it wouldn’t go down without a fight. In fact, the driver would probably call in an airstrike, but that won’t make the unpaid tickets go away.

Have you come across a parking fail while strolling the streets? Sent it our way on Twitter or Facebook! It could be featured in next month’s edition of Parking Fails!