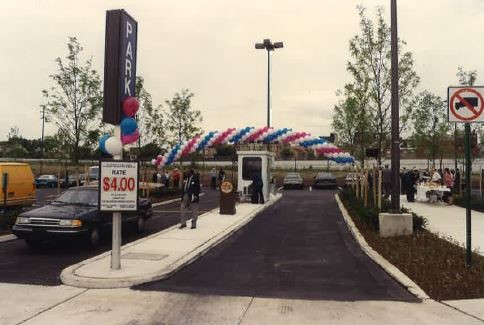 If you visited Penn’s Landing in the mid ‘90s, there’s a good chance you parked at our lot under the bridge, then made a beeline for South Street.

For nearly five years, the PPA operated the aptly named AutoPark at Penn’s Landing. With over 200 parking spaces, you could park for only $4 before taking in the waterfront, or exploring the always vibrant South Street. 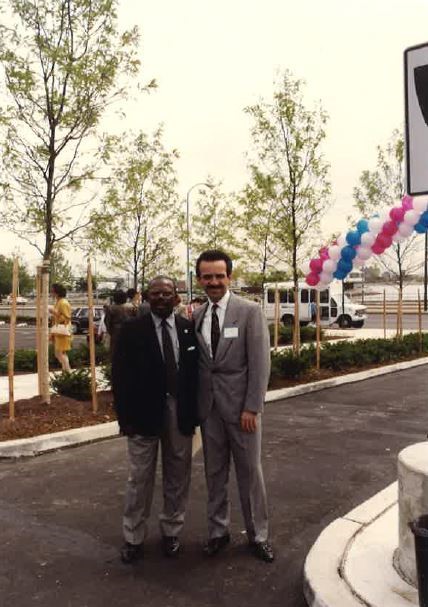 Fun fact: The grand opening ceremony was such a big deal, Fredo Corleone showed up!

Ok — so that’s not Fredo, it’s Rocky Morroto, the PPA’s Director of Off-Street Parking, but isn’t the resemblance uncanny? No need for a Halloween costume for Rocky in those years.

Fast forward to 2015: the PPA no longer operates the lot at Penn’s Landing and Rocky’s hair is grayer than clay, but he’s still making sure our garages are on the up and up!

If you’re looking for parking, check out what our current garages and lots have to offer. And if you’re interested in some of the improvements we’re making, check out our 8th & Filbert garage transformation!