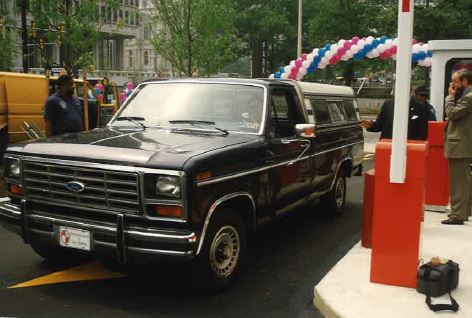 In late 2014, you probably noticed that we added the brand spankin’ new Family Courthouse Garage to our slew of AutoParks in Center City. For this month’s #TBT, we’re not dwelling on 2014. Instead, we’re heading back to the same location in 1992.

Clearly a lot has changed since 1992. Just look at the first customer’s truck and compare it to today’s Ford F150s! One thing hasn’t changed: 1503 Arch Street is still a perfect jumping off point for a good ole walking tour of Philly.

Now that you’ve stepped into 1992 — jump back to 2015 and see what our Family Courthouse Garage has to offer!