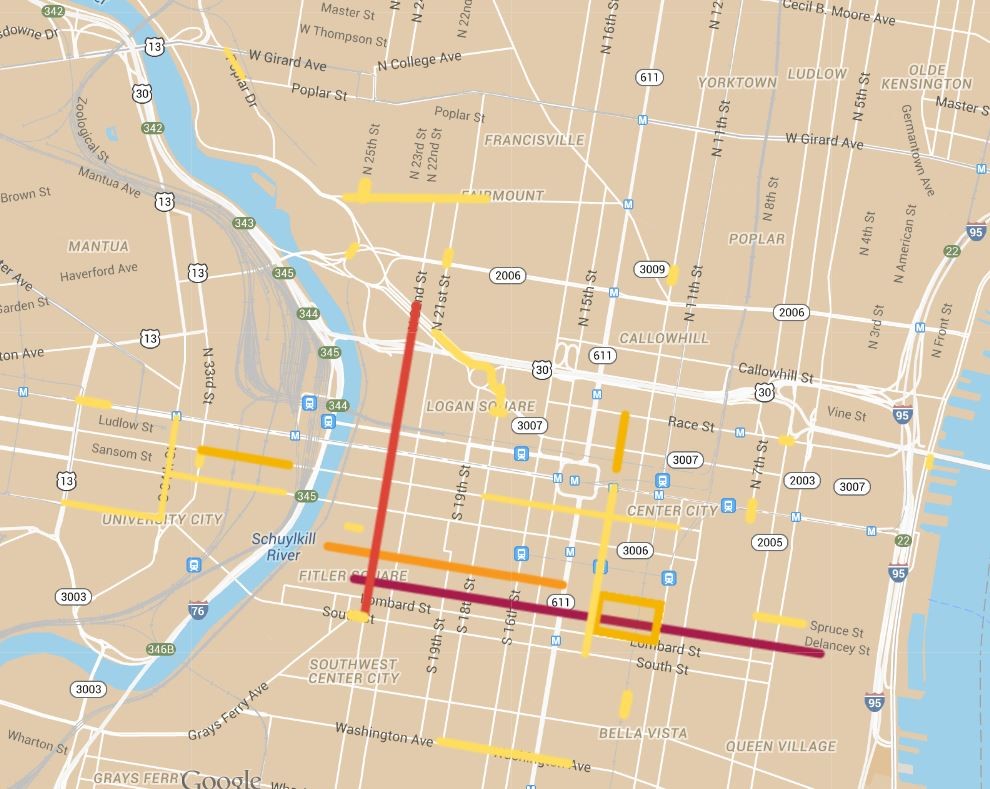 In December 2013, the Philadelphia Parking Authority initiated #​UnblockBikeLanes — a Twitter hashtag campaign to accomplish the following:

We’d like to thank the public for providing us with invaluable data and feedback​ on this vitally important issue and continuing the conversation of bicycle safety in Philadelphia.

One question that been frequently asked is, “What’s being done with #UnblockBikeLanes?”​and today we aim to answer that question by sharing the data that we’ve been gathering since December 2013.

Here’s an interactive map​ which highlights bike lane ticket issuance and #UnblockBlockBikeLanes​ reports from December 18th, 2013 to December 18th, 2014. This information allows us to zero in​ on problem areas for proper enforcement. Check out the map, and feel free to reach out to us with any questions or comments.

With the release of this data, it’s our hope that local residents and visitors to our great city will continue utilizing #UnblockBikeLanes and let us know of any bike lane violations.