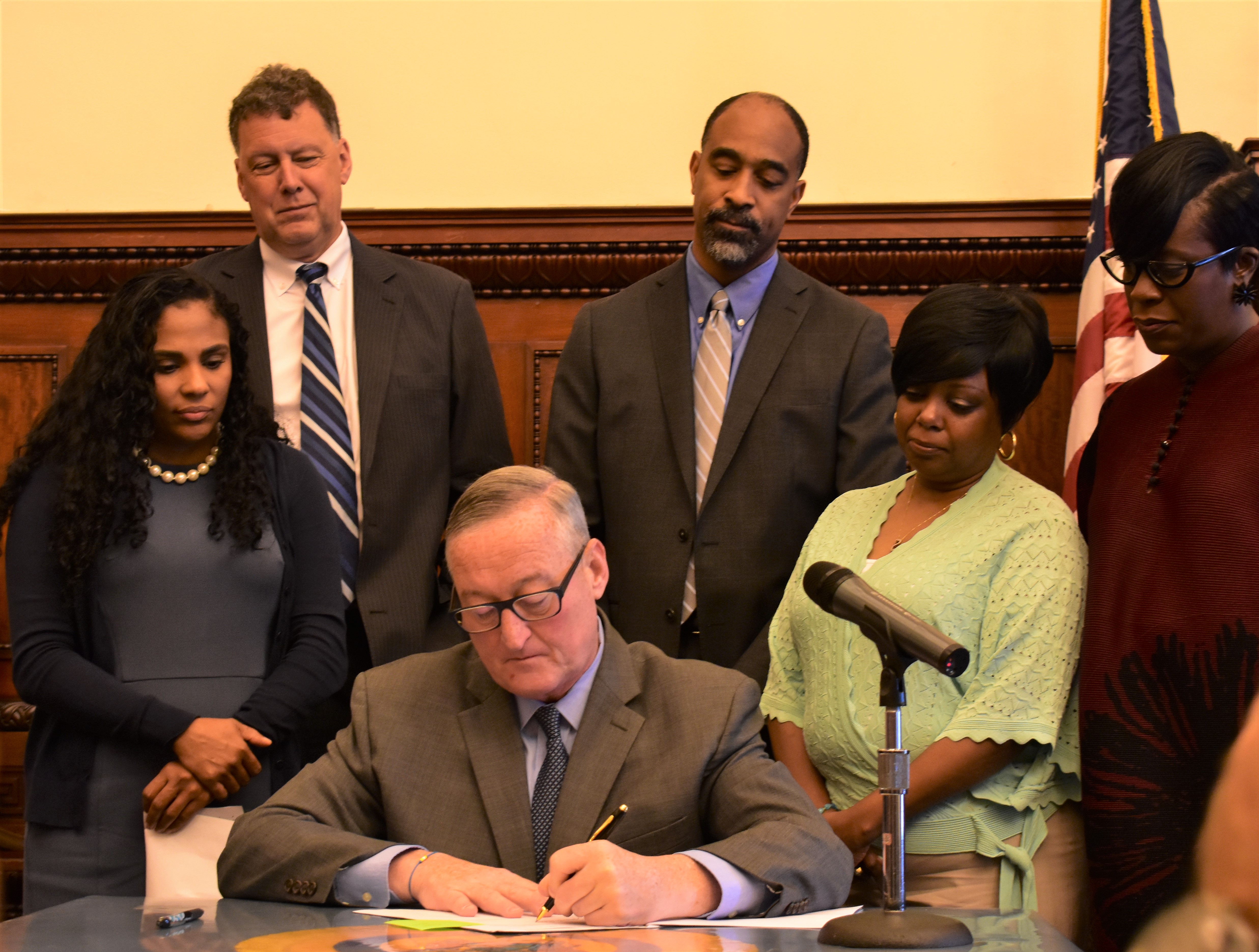 PHILADELPHIA — Mayor Jim Kenney today continued progress toward the City’s Vision Zero goal of zero traffic deaths by 2030 by signing legislation to bring speed enforcement cameras along the 12 miles of Roosevelt Boulevard, between 9th Street and the city’s boundary with Bucks County. Cameras will be installed along this High Injury Network corridor by the end of this year.

“Today we are taking an important step to calm speeds on one of the most dangerous roads in our city,” said Mayor Jim Kenney. “At the beginning of my administration, I committed to taking action on the Roosevelt Boulevard. Adding automated speed cameras on the Boulevard is one of the most effective steps that we can take towards eliminating traffic deaths.”

“We know that speed is especially deadly for people walking and biking, and that if we can get motorists to change their behavior and slow down, we can reduce crashes and save lives,” said Councilwoman Cherelle Parker of the 9th District. “Today is a victory for anyone who wishes to travel safely on Roosevelt Boulevard.”

The Philadelphia Parking Authority will administer the speed camera program along Roosevelt Boulevard, similarly to how the PPA administers the red light camera program throughout the city.

Up to three violations may be issued to a single motor vehicle within any 30-minute period. Violations do not add points to a driver’s record.

The money collected will be used to cover the program’s costs including equipment, administration, and police officers dedicated to reviewing the violations.

Remaining funds will be used for a transportation safety grants program for things such as intersection safety improvements. The aim of the program is to improve safety and reduce deaths and serious injuries resulting from speeding, not serve as a generator of revenue.

Between 2013 and 2017, there were 2,695 crashes resulting in 139 people being killed or severely injured on Roosevelt Boulevard.