It’s inevitable: When parking on a street or parking lot, you’re bound to come across a park job that leaves you feeling something like this.

You get the jist: Until every vehicle becomes self-driving, bad park jobs will be a daily occurrence.  Luckily for us, some of the park jobs make for some good comedy as you’ll see in this edition of Parking Fails.

Let the debate begin: Who had first right to this parking spot?

The mini white car may have entered the spot first, but the win goes to the red car, for having the way cooler upper hand.

On a side note: Even if the driver of the white car won first dibs, they’re still way out of bounds. 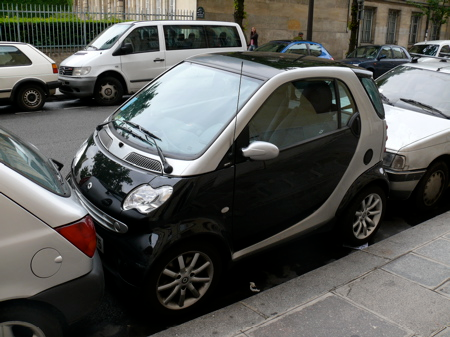 This guy obviously plays a little too much Tetris if you ask us.

On the surface, this seems like a pristine park job, right? One issue though: How the heck is this guy going to get out of his spot?

Our guess is he probably had to play the good ol’ waiting game until one of the other cars moved; an admirable sacrifice to remain Tetris champion of the world.

Yo Bruce, you might have the authority to beat criminals to a pulp, but could you at least park within the lines?

Actually… nevermind, bud. Just do your thing. We’ve seen what you’re capable of. Nobody wants to be on the receiving end of this.

Come across a parking fail? Send it our way on Twitter or Facebook! Also, if you see an illegally parked car in an area that we patrol, call our communications line at 215-683-9775 and we’ll send someone to take a look.